The body is mostly made from aluminium, and it seems like we have some good quality plastic on the bottom piece. The LCD panel itself is respectable, and it fully tilts so you can even take photos of yourself. In addition, you get good quality EVF that’s neatly hidden in the camera’s body. That feature can be useful on those bright sunny days, and it even has a proximity sensor, so you don’t have to press anything to switch it on. 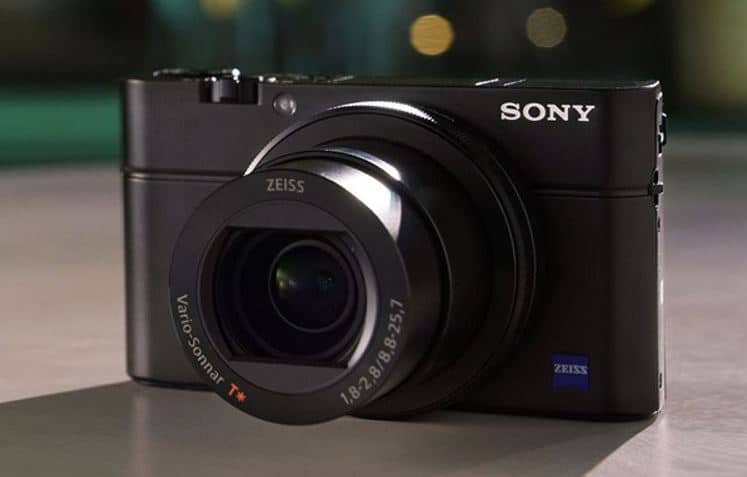 If you’re unfamiliar with this line of camera, the two most important aspects are the size. It is a 1″ inch sensor than entry-level cameras. The 1″ sensor is quite a bit bigger than the 1/2.3″ sensor. The names are super confusing. I don’t get why they call them these things, but you can see in a graphic it’s a little bit over four times the area of that sensor.

There is some sacrifice in ergonomics, but it is to be, at least partly, expected with such a compact style camera. The layout and size of few buttons could be a bit better. More importantly, the lack of feel from the shutter button leaves some disappointment. No touchscreen or some fancy software features – by the way, not that we have this today.

However, the interface feels decently responsive, and there are quite a few options to choose from, for example, Auto HDR, built-in ND filters, or video codec settings.

There are six versions of RX100. Version 1 is still sold new up to the recent versions. Version 3 is in the middle of things. But there are two versions of five: “V” & “VA”. I don’t know if they still sell the “V”. They’re probably done with that, but you can still buy it used. With version 3 there are some changes from the previous versions that you do benefit from. It does have a Bionz X processor. I guess it’s probably better than previous versions. 80 ISO minimum for version 3 and onward. Check out Sony RX100 Black Friday Deals.

It has the 24 to 70 equivalent lens with F/1.8 to F/2.8 throughout that zoom. A few other exciting or critical features of this camera. It does have a built-in ND filter that allows you to use larger apertures in bright conditions more efficiently or potentially have longer exposures. 1/2000th of the second shutter speed. 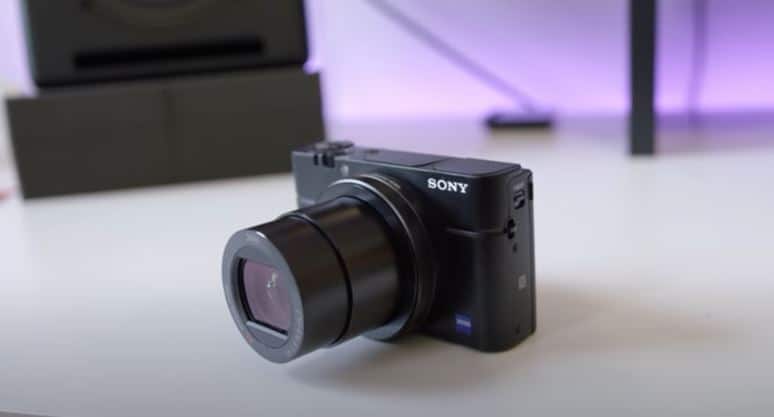 It can shoot RAW + JPEG, which is one of the key features. I do like to use RAW photos. You can pull out more detail or pull out some more information in general with a RAW image. So that’s a great benefit to have that feature. A lot of the cheaper entry-level cameras can’t do that.

This camera does have contrast-detect autofocus. It works when more recent cameras in this line, the five and the six, do have phase detection on the sensor for focus. This camera does have an electronic viewfinder, but It’s lower resolution than more recent models. It does have a screen that tilts forward towards the user. Not ideal for that type of screen, but it is nice to have that selfie feature in there, especially with a camera like this. When you put the screen forward towards the lens and you’re in photo mode, you get a countdown with that automatically.

It’s pretty convenient for those selfie type photos. Of course, with vlogging, this camera is relatively decent. You don’t have any mic input. You can record audio separately. And, of course, with the contrast-detect autofocus. I’m sure there are many videos out there that can give you examples for that specific use case. If you’re pretty well-versed in photography, you tend to like a lot of manual control in many settings to adjust to your liking or specific situations. 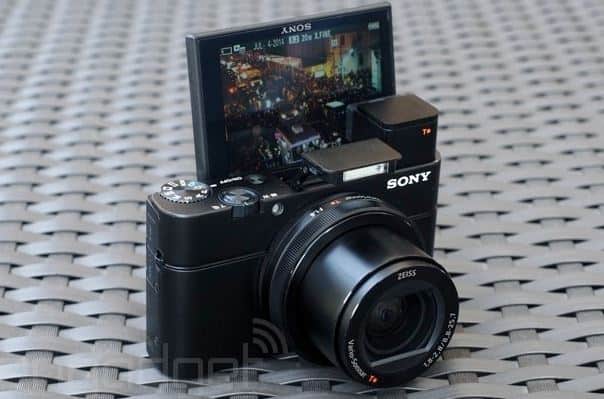 You can also adjust things with an excellent dial on the front of the camera. So if you want to change your aperture, you’ve got that dial right there by the lens. Handling isn’t bad for a small camera like this. There is an excellent little textured grip on the camera. It helps you keep a good hold of it. The battery and memory card are down on the bottom of the camera. That’s not ideal, but it does work alright. However, it’s not in line with the lens. With cameras like this, you have a lot of versatility in a compact package.

So you are paying a premium for that. You are getting the larger sensor. So about three times the size of the 1″ inch sensor. Overall you probably can’t go wrong with any of the RX100 cameras.

I would probably go with the “VA” or “A” version. It has the hybrid autofocus with the phase-detect sensor, but Version 3 seems just fine if you find an excellent deal on it. You might as well check it out, but there are so many other options out there. So that was the rx100 version 3.