I’ve set the recovery speed to one because I believe it is the deepest, and I’ve set it to park one because when I asked people what modes to use, they said park one, and they also said four kilohertz. The problem is that it isn’t my machine; it hasn’t been updated to include the four kilohertz.

So I can’t go update it because, as I previously stated, it’s not mine. I can’t go taking liberties with it, so I’m going to leave it as is. I’m also going to run it in multi-frequency mode because I’m going to be testing it with a variety of items, including silver coins, silver rings, gold rings, and copper coins. So multi will be the best all-rounder because as you know different frequencies react differently to different metals.

So we’ll run it in multi for the best results should we get started let’s start with a big old penny right over the big penny, and then we’ll go straight in at 8. I’m not sure, but I believe it’s getting it more at 12. I think you’d dig that at 12 if you weren’t sure if you knew you were on a roman site you’d probably dig that at 12. I’d never see anyone get 18 inches deep in my dirt box, but the results are incredible. 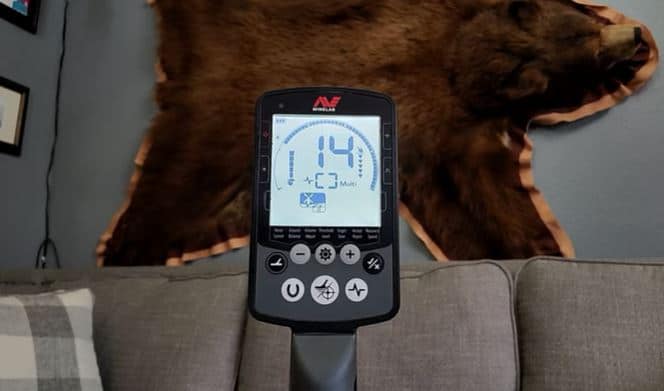 They’ve all been put through their paces just to see how good they are now bearing in mind this is not scientific. There’s nothing scientific about this; it’s just me poking things in and out of holes in a bucket of mud, but it gives you an idea of how good some of these machines are getting. I’ll be doing the apex, as well as the midi horde and the children’s metal detector, and I’ll be sticking them on the dirt box.