I just started using them quite a bit more but focus on one more precisely: the lodge ten and a half-inch skillet that they have here really, really nice. 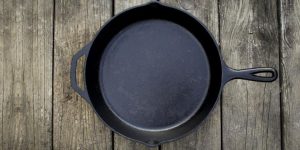 I’ve been using this more than any pan. I have even my carbon steel or my all-clad stainless steel, a couple of things for cast iron. It’s pretty lightweight. I like that part of it there to handle still traditional like it’s always been bottom down. The lodge branding they’ll bring around the end of it, but I’ve cooked bacon on this. I’ve made some bits. I just made pancakes the other day.

I’m just finding out that this guy can do a lot of stuff. It’s very similar pricing to some of their traditional skillets. This is a ten-and-a-half-inch as well but just really impressed with this one. It’s become my go-to skillet. Target has it. I’m sure many other places have it by really enjoying this quite a bit. 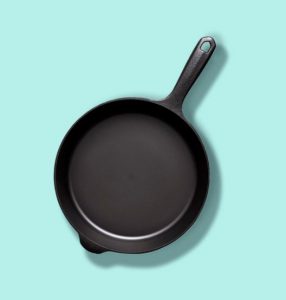 I was going to start with a cast-iron skillet. Knowing what I do now, this would be my starting piece. You’re going to do so much inside of it. I just did brats the other day outside. It happened to have a black stone grill out there with a flat top, and I use that a lot in the summertime. If it’s cold out like it is here in Michigan, where we get a lot of snow, this will be awesome for the more challenging times of the year because you can do the same stuff, like I said, bacon burgers inside.

I want to get one of the presses to do smashed burgers inside this one, just a ton of uses. How it works, I’ve seasoned this kind of numerous times which is, you know, heating this well, throwing some oil on it, and then you can either throw it in the oven or cook it. On the range itself for a little while, it gets nice and hot, and that’s how you clean it and store it.