We’re excited to be reviewing the new Bravo jet m6 mopping robot from iRobot. It’s been upgraded from the previous versions, and among other things, it now works in tandem with the i7 and s9 robot vacuum lines. The m6 comes with four disposable mopping pads, two for dry mopping and two are for wet mopping.

You can also buy more permanent washable mopping pads separately. The robot knows which type you attach and automatically adjust the mode in wet mopping mode. You fill up the tank with water or a water solution mix.

While mapping the house and avoiding obstacles, just like I robots high-end smart robot vacuums. You can adjust the amount of solution and sprays each time from low to medium or high in the app.

It was efficient with its water usage even in full spray mode and even after large jobs that had a nearly full tank.

You can also adjust the number of passes you want in the so-called extended mode. The fastest mode is the same number of passes as a robot vacuum one pass, and then it moves over about the length of the mopping pad and makes another pass with the medium clean load so-called standard mode. 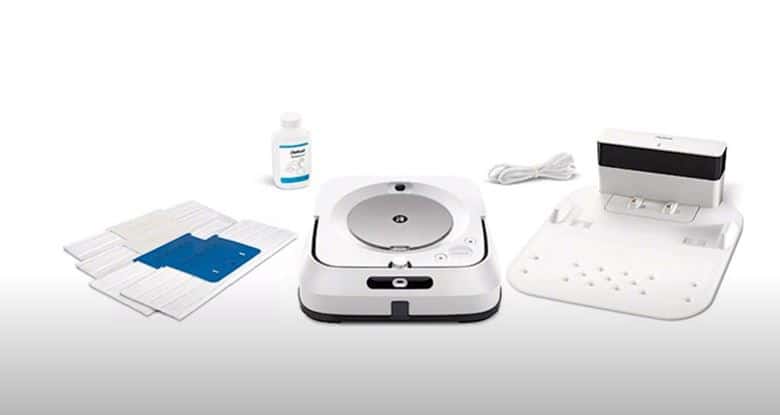 The passes have a much more overlapping pattern, and the process takes longer and with the deep clean mode. The passes are extremely close together, and my robot says it’s five times more than the extended mode and considering that the extended mode. Checkout iRobot Roomba 960 Deals.

The Fastest Mode took 35 minutes to finish this room. You need to be prepared for a pretty long mopping job if you’re using the deep clean mode that brings us to a cool new feature on the m6.

It’s now equipped with a camera and the same mapping capabilities as the top-of-the-line Roomba. Like the i7 and the s9. For example, the m6 is the first bravo jet that can clean huge houses because it has an upgraded battery and has recharge and resume, meaning that it’s running low on battery.

It will return to the dock recharge and then resume exactly where it left off, and it knows where it left off because it has the full mapping capabilities of imprint technology, including room. Select where you can tell it to mop certain rooms while avoiding others. 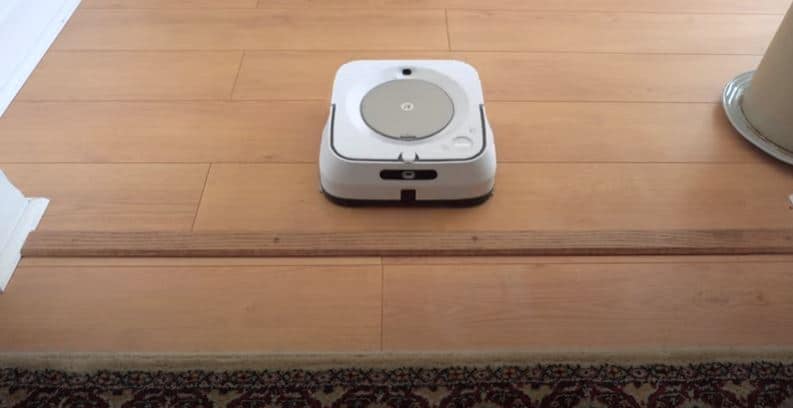 It also has something called imprint link technology, which means that in the app. If you’re about to start the mob and you own an i7 robot vacuum. It will ask you if you want to vacuum first, and if so, it will start the robot vacuum then when it finishes its job.

The m6 would not be able to distinguish hard floors from carpets. So you would either have to extensively prep your house by removing rugs or blocking off carpeted areas.

With I robots dual mode virtual wall barriers well, I’ve realized that the m6 is a lot cooler than I initially thought it was number one.

It can tell if it hits a patch of carpet, and then it navigates around it, and I’m talking even the thin bath mat in our test room. A fantastic set of features for a mopping robot to have that it can physically avoid rugs and that an app feature will be available in a future update can add virtual barriers.

I found the m6 to be a massive upgrade from the previous versions mainly because the earlier braves could not dock independently.

We’re never really meant for whole-house cleaning, and of course, it has the camera and the complete mapping capabilities of an intelligent robot. The cleaning was magnificent, much better than I’d seen previously, but I would recommend buying.

The washable microfiber pad sold separately. As you will quickly run out of the – wet mopping disposable pads included, and you would spend a fortune on disposable pads if you go that route, it seems like the m6 is the best mopping robot from iRobot.