The DXR-8 uses an interchangeable lens system, which means you have the ability to swap out lenses with different focal lengths. There’s the standard lens that comes on the monitor out of the box. 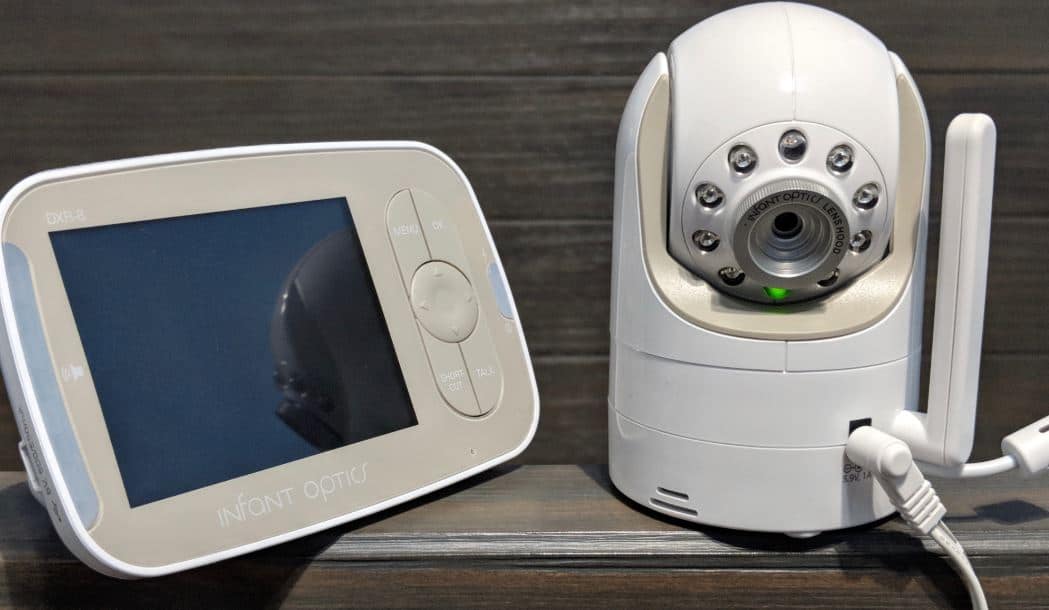 It has a 10-hour battery life when in sleep mode, meaning the video feed is shut off, and a 6-hour battery life with the display screen on. It has remote pan and tilt capabilities and can pan around 270 degrees and tilt at 120 degrees. I’ll discuss why this is basically a red herring of a feature in just a bit. It also has a two-way communication feature, which is maybe one of its only redeeming qualities. Telling ya, this is gonna be rough.

The menu of the parent unit allows you to control the sound and the brightness levels. It lets you set a video feed shut-off timer, it lets you do a two-time zoom, and then you can also control how loud the low battery alerts it. Now there’s an icon on here that’s a bell. I have no idea what this alarm button does, but you can set it for two, four, five hours, or just have it turned off. Check out Owlet Smart Sock 2 Baby Monitor Black Friday Deals

I honestly don’t know what this means or what it does. It’s like finding an old key at your grandparent’s house, and then becoming obsessed with what it opens, or maybe that’s just me. I don’t know. Either way, please comment below, and let me know what that icon means. You also can connect multiple cameras to the DXR-8, which can allow you to monitor kids in two different rooms by flipping between the two feeds.

Let’s get the good stuff out of the way because it’ll be short. The one undeniable quality feature this monitor has is its two-way talk feature. Having two-way audio is a must-have if you plan on using this monitor in the later stages of your kid’s life. There’s also no need to worry about any wifi issues you may have since this monitor and camera are connected via a radio frequency signal.

This is actually a rare scenario where dumbed-down tech has a bit of an advantage over more advanced tech. It also has a remote pan and tilt, and theoretically, these types of monitors are hard to hack. It can still be hacked, but, in the simplest terms, someone would need to have built a rigged-up device maybe they got from RadioShack, and quite literally be feet from the device. Now, before moving to the bad, I want to immediately dismantle these last two points. The pan-to-tilt feature and the harder-to-hack concept. In today’s world, having moving mechanical parts like these are obsolete.

They will more than likely introduce problems in the future because, as with all mechanical parts, the more you use them, the sooner they break down. Here’s my point: Why not just make a camera that has a 130-degree field of view and give it a decent resolution, and then give the monitor unit a screen with nice resolution as well as the ability to pinch and zoom, and then you don’t have to worry about what lens you’ve got on the camera, and how much you need to pan or tilt. 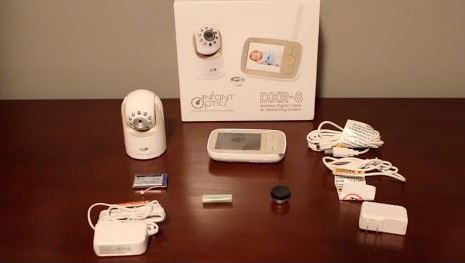 Not only do you get rid of the mechanical parts, but now you also don’t need to buy and inevitably lose these interchangeable lenses. “Hello, Mr. Bond. “So we meet again.” (lens falls) Now let’s briefly talk about the wifi versus non-wifi hacking issues. There have been some stories reported in the media about wifi monitors being hacked, but I challenge you to get on the old Google machine and find, I don’t know, five stories of wifi monitors being hacked this year. I’ll wait. How many did you find? Were any of these brands on the list? I’ll answer that for you. No, because companies like these have made security a top priority, and take it very seriously.

We’ve linked to a really good article below that details quite clearly everything a hacker would need to do to hack into a wifi monitor, and long story short, the risk is exceedingly rare and, quite frankly, severely overblown. All right. Let’s talk about the bad. First off, connectivity. The specs say that this monitor has a range of 700 feet. Every time I tested it, I only made it about half that far before losing a signal, and that was with a clear line of sight to the camera. Practically, here’s what that means in an actual house.

The connectivity isn’t that great. Next, the bulky parent unit issue. The size of this parent unit has not decreased in the four-plus years from when we bought our first Infant Optics monitor, and here it is. Now I’m gonna switch them up. Which is the old one, which is the new one? You would think by now some slimming up of something this needlessly bulky would’ve happened. It just hasn’t. Not only is it bulky, but it’s made from a cheap plastic-y material, which means you’re playing Russian Roulette every time you drop it. All right. The resolution on this thing is crap, plain and simple. It’s 320p, which is a stone age resolution.

Now the video feed coming out of the camera is 640 by 480, which means it’s just simply not good. Another downside of this monitor is that it’s expensive compared to the features that come with it or lack thereof. It doesn’t have white noise, it doesn’t have alerts outside of telling you when the battery’s dying, and given how poor the picture quality with both the monitor unit and the camera is, plus the lack of a whole lot of useful features.