Many years ago, Casio was one of the first watch brands to embrace smartwatches with its WSD-F10. However, it seemed to give up on the idea rather quickly and has not developed any others since.

It’s perhaps no surprise that no one else followed suit, because this is just not a good-looking watch. It’s bulky, not hugely comfortable, and unapologetically retro. 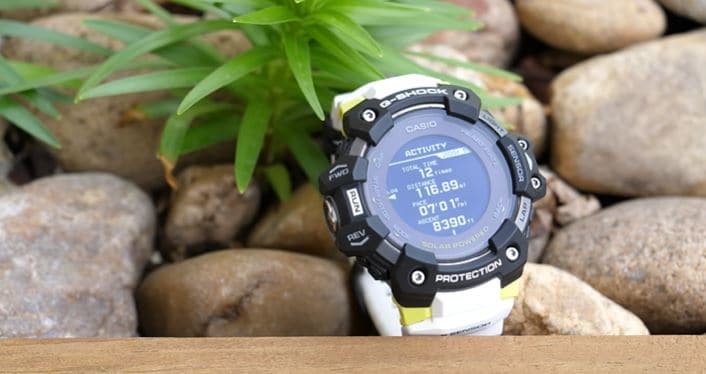 It’s also not that smart. While it provides notifications, you can forget any kind of app store – which is just as well as the watch is a nightmare to navigate, even with the manual close at hand. And although it does have GPS and heart rate monitoring built-in, it only supports running.

There is a lot of techs here, especially on the inside, which makes this watch a real curiosity – but not the kind that will appeal to everyone.

Is there a market for an old-fashioned wearable? Casio thinks so. And it must have been tempted by what’s going on with watches at the moment. Its Rangeman is one of the best-selling G Shock watches for years (I own one), and its Pro Trek has long been among the top sellers in its line. The company says that this new model is designed to be used by people who love nature, so if you’re wearing it on your wrist, there’s a good chance you love nature too.

Is the Casio G-Shock GBD-H1000 worth buying? I’m not so sure. In any case, if you’re looking for a smartwatch that does more than just tell the time and run apps, look elsewhere.

The GBD-H1000 does not support third-party apps or notifications from your phone. It’s also very expensive compared to other options available.

For many people, the idea of wearing a watch will be about showing it off. For others, however, there will be requirements that are not met by this Casio smartwatch; for example, it does not support third-party apps or notifications from your phone. It is also very expensive compared to options available elsewhere.

The GBD-H1000 is a big and heavy smartwatch with a bulky design and user interface. A new member of Casio’s G-Shock family, the GBD-H1000 is a solid outdoor watch that pairs some tech features with the brand’s long history as an adventure companion.

The case here, while at 55mm-wide, 63mm from lug-to-lug, and 20.4mm thick feels a little smaller than the Rangeman it replaces thanks to its more wearable proportions and that makes this feel far more like a real watch than most smartwatches out there. 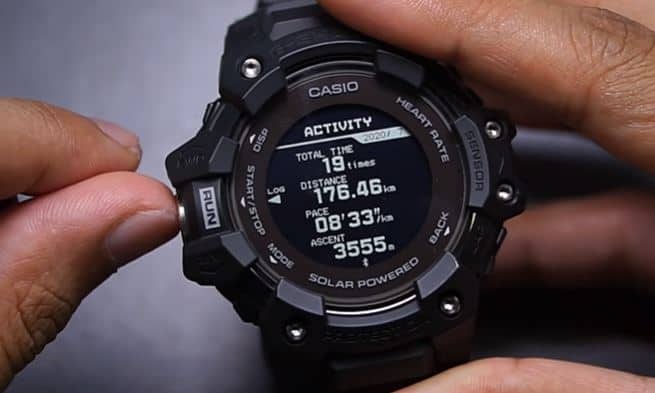 While I do appreciate the smaller design and lighter weight, I’d still like to see Casio head out and embrace the adventure watch market with a bigger case (and maybe even some “bezel action”).

The Casio G-Shock GBD-H1000 is a great-looking watch with an admirable no-fuss approach to fitness tracking, but for the high asking price and some other shortcomings it just doesn’t live up to its potential. If you’re interested in getting something similar that does perform better overall, check out our list of top running watches here.