Canon released the 7d mark ii back in 2014 as the successor to the wildly popular 7d, and that camera started something special. The 7d Mark II is still the flagship. It’s a brilliant implementation of the dual pixel autofocus. The 65 all cross-type autofocus points have excellent coverage of the sensor, which means that you’re pretty much guaranteed to be able to frame your subject how you want and still use autofocus. In terms of locking onto the item, it doesn’t let go once the autofocus has something in focus. One of its primary purposes is wildlife or sports photography, so a razor-sharp and accurate autofocus system is mandatory. 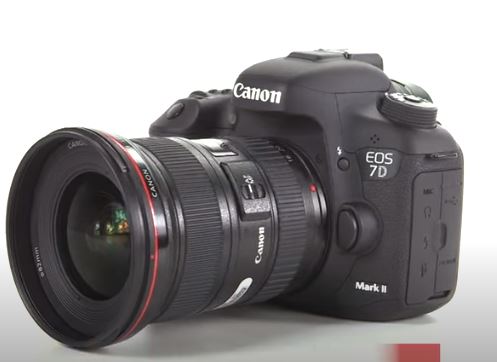 Even with the ten frames per second shoot rate and recording to two cards simultaneously, this camera doesn’t slow down. When using the autofocus in video mode, it has a great face tracking feature. Check out Canon M50 Mirrorless Camera Black Friday Deals 2020.

Now while it doesn’t have a tilt screen or a touchscreen, the face tracking is superb. It’s been designed for use with STM lenses, but I’ve had it flawlessly with all of my canon, Tamron and Sigma lenses over the last four years. One of the main reasons people keep coming back to cannon is image quality, and that’s the image quality right out of the camera.

The color science and detailed images make it a brilliant workhorse for multiple applications, and a 20-megapixel sensor is more than enough for professional applications, especially print. I use my 7d mark ii primarily for portraits.

Whether that’s of people or their pets, a lot of photographers prefer a full-frame for portraits, but I like APS-C. When I’m in the studio, I shoot all of my images at around f/8 at about 135 mm on 70-200mm with a shutter speed of 125 iso 200 and then when I’m out on-location headshots, I’m usually at around f/4 and adjust accordingly. These headshots were shot with a Speedlight in a single led panel as they don’t throw out as much lighter strobes; this helps to open up the iris just a little bit.

If there is one bugbear, and it probably is true of all apps-c sensors, the low-light ability is not what it is on full-frame, and that’s because it can’t let in as much light due to it being a smaller sensor. Comfortably, I take my 7d mark ii to around 3200 iso, and that’s about as far as I can shoot up to before the image becomes unworkable in the edit due to noise.

When sony and their low-light champions exist, 3200 iso seems low for a camera of this price point, but in all honesty, I can count on one hand the number of times that I needed to go anywhere near that in shooting with this camera. Canon hasn’t necessarily had a good reputation for video on their smaller cameras. 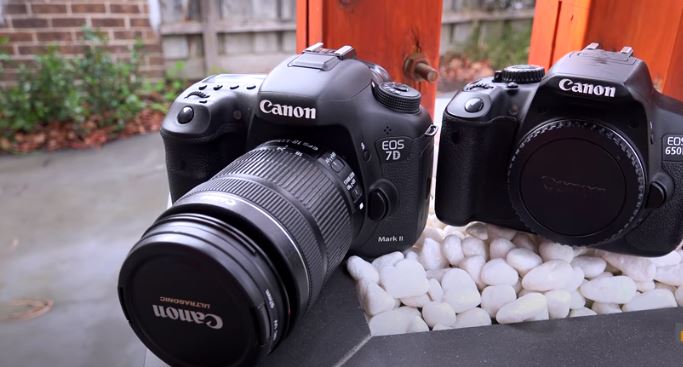 The 7d mark ii doesn’t have any video-specific features other than a higher bitrate of the all I codec, but it does have a clean HDMI output, which gives you an 8 bit 4:2:2 codec. This is much better than the internal 4:2:0 codec. There isn’t a log profile, but you can customize a pattern with lower contrast and saturation.

I’ve never quite been able to recover the log image from the 7d mark ii enough, though, and this is because, unlike a traditional log profile, which protects the highlights that don’t happen.

My preferred profile is to film now with a standard pattern and a minus 2 in contrast, which works well in all situations I need. I think the canon 7d mark ii still has a place in 2020, even in this very overly saturated camera market. I’ve considered replacing it with a more video-centric mirrorless camera such as the Sony a7 iii or Panasonic gh5s many times, but I don’t need to

The 7d mark ii suits my needs, from portraits to landscapes to product photography to all my video shoots. Saying this, though, I did go along to the canon full-frame roadshow to spend the morning to play with the newly announced canon eos r, which does have some charming upgrades over my 7d mark ii.

What scared me was the lack of recording both an sd card and an external recorder simultaneously. I understand why it is, as it’s to do with the software in the camera being able to record either an 8-bit 4:2:0 or 10 bit 4:2:2 externally, but it just can’t do both – and why should it? It would make the canon c200 pretty much obsolete overnight, especially if you don’t need xlr audio.

The 7d mark 2 is still a great camera that holds up against newer APS-c model cameras, especially when it comes to stills. The video features are starting to show their age a little bit, but canon wants you on their cinema lineup for video, and I’m inclined to agree with them there.