The Bose SoundTouch 20, a wifi-enabled Bluetooth speaker that’s a direct competitor to the Sonos ecosystem of speakers, how does it fare? Inside the box, you get an extensive set of quick setup instructions in various languages, underneath which is the remote that can be used to operate the speaker. 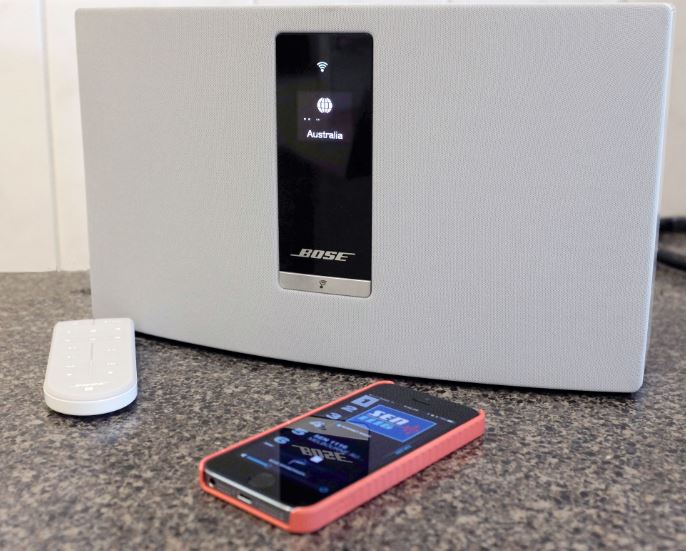 Diving further in we get through more protective packaging to the SoundTouch 20 itself, moving swiftly on we then find a micro USB cable, a UK and US power cable. So looking closer at the speaker itself, it has a set of buttons on the top of the device to adjust volume and input, as well as preset buttons so you can quickly access radio stations and Spotify playlists.

Around the back we find IO. Power in, ethernet port, a USB and micro USB port for setting up if you don’t want to use the iOS or Android app, and lastly an auxiliary input if you’re going to want to plug in something that doesn’t have Bluetooth or wifi. Using the iOS app, set up takes around 10 minutes as you need to connect the speakers to your home wifi, which I had a few problems with initially. Check out JBL Pulse 2 Black Friday Deals

After that the speakers need to install updates then you’re ready to go. Honestly, setup wasn’t the smoothest thing in the world; however, if you follow the instructions, you should be okay. Now to start with something I found disappointing. While the app was intuitive and easy to use, the selection of music services compatible with the SoundTouch is minimal.

I use Apple Music, and there is no such option on the list, I do have Amazon Prime, but I have never used their prime music service. So that left me with Spotify, which required a paid subscription, so then I gave up. Opted instead to listen to the internet radio instead. This is somewhere where Sonos shines with its much more extensive library of supported music providers; Bose needs to catch up. However, Bose’s app is much less cluttered and providers a more excellent range of flexibility when it comes to how you want to play your music.

Quick controls to switch between wifi, Bluetooth or Aux playback, an actual button to turn the system on or off, something Sonos lacks, however, it’s the idea is it turns off automatically. Also, the quick way to set up radio presets and the animation is a nice touch. Another positive point for the Bose ecosystem is you aren’t tied down to just using your phone to control music.

The included remote, and one speaker, buttons provide the most functionally, like accessing and creating quick presets and changing the inputs. Pause, play, and volume control work over both wifi and Bluetooth, and there isn’t much lag. The remote also has thumbs up and down, which is only useful for Pandora, so if you live in the UK, you can ignore them. My only real complaint is that the buttons on the top feel a bit inconsistent with some feeling mushy. 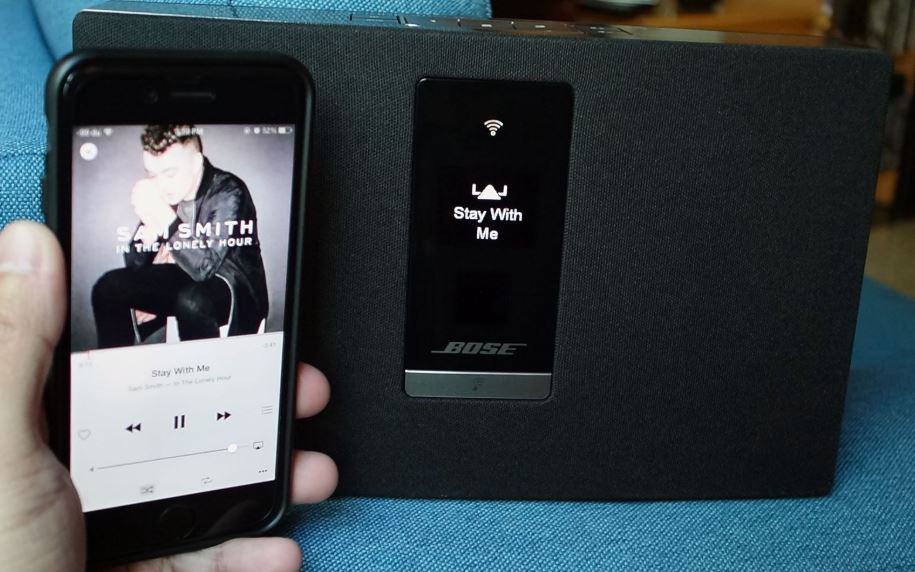 Aside from the other features, first and foremost, this is a speaker, and the sound quality is excellent. So what did I make of it? Listening over wifi, the sound was full and rich. However, the sound signature is quite bass-heavy, which Bose must know as there is a “bass adjustment” in the app settings, which only reduces the amount of bass the SoundTouch 20 produces. You can’t tinker with any other part of the sound settings.

I may be in the minority, but I would prefer a flatter sound, let me know in the comments if you think I’m right or totally off base. So if you want to listen to classical music, it merely doesn’t sound as natural as other speakers with a flatter signature, or with those with more fidelity in the mids to high frequencies. Switching to Bluetooth and listening to something a lot more bass-heavy it sounds glorious, even at the half volume the SoundTouch drives each punch of the bass drum home.

Have a listen. Music Plays: Bangduck – Afrojack Music Plays: Sail – AWOLNATION Music Plays: Hysteria – Muse At full volume there is noticeable distortion. However, it is seriously loud at that point, and I doubt you’ll ever really need to push it that far. It hurts to sit nearby. So what’s my summary of the SoundTouch 20? It’s a competent speaker that Bose has produced, and I would expect no less from them, I would have liked a slightly flatter signature. However, this is meant to be for the average consumer who will most likely prefer massive bass response, and at least they give you an option to adjust this in the settings.

They do need to introduce a broader range of music providers to the SoundTouch, though if you do have one of the ones they support, it’s unlikely you’ll need to switch from it. I would be sold if the app was compatible with Apple Music, but for now, it looks.