We tested several Black+Decker models from different years, and most had a similar appearance. But when we got around to testing the Handheld Vacuum, we were immediately struck by its uncanny resemblance to the Black+Decker 1715 model. 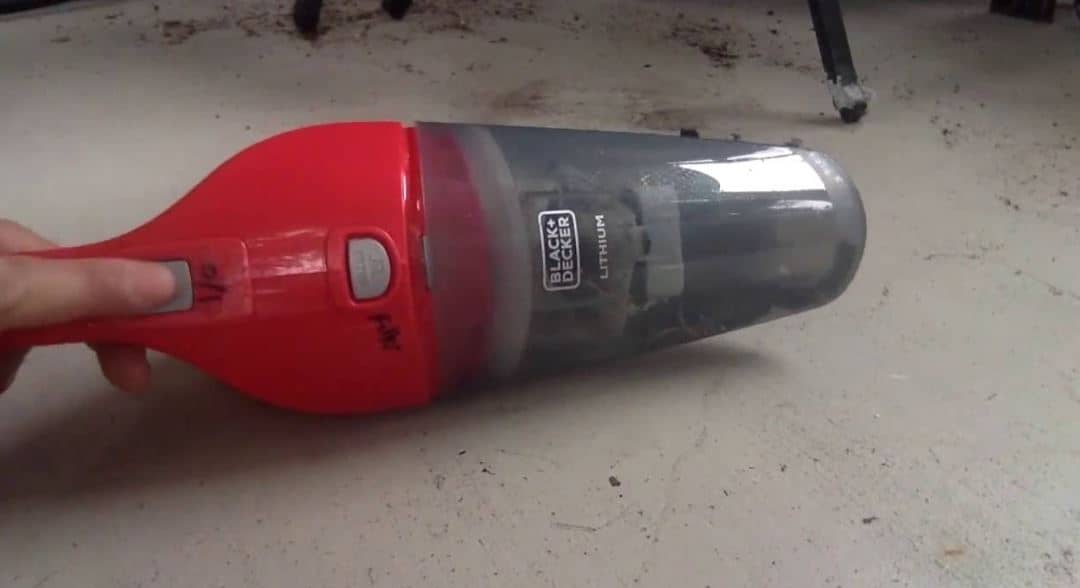 With the same brushed aluminum finish and plastic body, the only noticeable difference was the giant brush head and a slightly different power cord. But when we took it out on the carpet, we saw that it was far from an exact copy.

For starters, the smaller brush head made a big difference in performance. Instead of being able to clean small, hard-to-reach areas, we had to push the vacuum in places where it didn’t belong.

We also found that the Handheld Vacuum left more streaks and residue than other models. This was probably because the brush head wasn’t that effective, but we’re still unsure why.

While the suction power isn’t terrible, it’s weaker than others we’ve tested. The power level is roughly comparable to the Black+Decker 1715, but there was no comparison to the Dyson DC25.

Despite its low performance, this is still an affordable handheld vacuum that will do its job. You shouldn’t expect too much from this one, so if you’re looking for a better-performing model, we suggest you go with the Black+Decker 1715.

The Black + Decker Dustbuster is a versatile vacuum that will keep your home clean no matter where you are. It has a powerful suction that picks up both large and small particles. The battery is long-lasting, and the Smart Charge Technology helps you save money and energy. It’s a must-have tool for anyone who wants to make their home a cleaner and healthier environment.