This device is of standard Zenbook quality. It’s aluminium all around with this chamfered edge that’s bronze or copper, depending on how you look at it. I’d say it’s more of a copper, but that’s just me, and it’s exceptionally well-built. It is a Zenbook flagship; these are always well-made. Now this hinge is what makes this laptop special. They’re calling it “ErgoLift,” and it’s not the first time we’ve ever seen a device do this, as the whole idea of when you open the device, it lifts like we’ve seen other devices do it. Check out ASUS Chromebook Flip C434 Black Friday Deals. 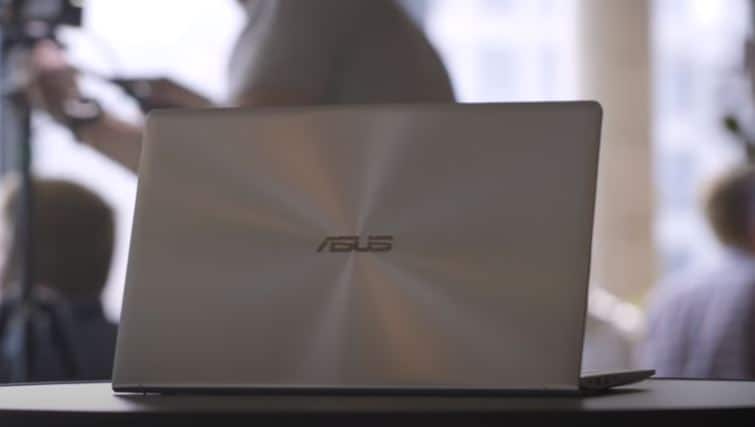 There’s a bit of a tilt, so it’s a more comfortable typing position as well as opening up the bottom. It’s not touching the surface of whatever you’re typing on, and the tilt is just correct. It’s an excellent keyboard experience; it’s a great layout, clean, white backlighting. The arrow keys are in the proper spot, and each keystroke has this nice feel to it on these chiclets (island-style) keys. My only knock on it is that the Page Up and Page Down stuff?

There are no dedicated buttons for them, and if you want to use the hotkeys for them up top, they’re in a weird spot. You have to take your fingers off the cursor and push them in the function keys, But still, despite that odd Page Up Page Down positioning. It’s an excellent keyboard, and it’s seriously one of the best keyboards I’ve used. If I had to type for an extended period for an essay or development or any like extensive keyboard use, this would probably be my top pick.

The trackpad is also quite good, and it’s Windows Precision, good tracking, and button mechanics. The fingerprint sensor’s in the top right corner. It’s not my favourite spot, but overall good trackpad. The port selection is somewhat limited. There’s one USB-C on one side, and then the other side has two Thunderbolt 3’s and one audio jack that’s built into the screen component, and that’s it for ports.

The speakers are, well, they sound perfect, just the speakers themselves, but they’re positioned in not a great position. So when you have it just like in a regular laptop position, ErgoLift makes this almost like an echo chamber underneath the laptop, and you can hear the sound bouncing around and distorting a little bit. If you have the speakers pointing straight up top, they sound spotless, but you’re never going to use them like this.

The screen that I have in this model is a 4K panel. It looks sharp, almost to the point of being too sharp like I’ve never really needed a 4K panel on a 13-inch device, but that’s what this one has. It’s bright, colour accurate, it looks good. There is a 1080p option available, which I think is a better choice for most people, but if you’re a photo editor or something, they have the 4k screen and the webcam’s top in a normal position.

This device can be equipped with some potent hardware. We can get the (Intel) 8th gen 4 core CPU and 16 gigs of RAM. You can deck it out pretty heavily, and for short bursts, that 8th gen CPU is excellent. But thermally, it’s not a strong performer, and it casts a bit of shade on this whole device for me.

Depending on what you’re using this for, this may or may not affect you, but for me, someone who looked at this as a potential video editing machine needs better thermals. At stock settings, it will power and thermal throttle pretty quickly.

The fans are reticent, which is easy on the ears, but it limits what this product can do. So on XTU (Intel Extreme Tuning Utility), I played around a little bit, cranked up some stuff, and can run boost for longer, but it can’t maintain it. I wish they’d just gone with a more aggressive thermal solution. 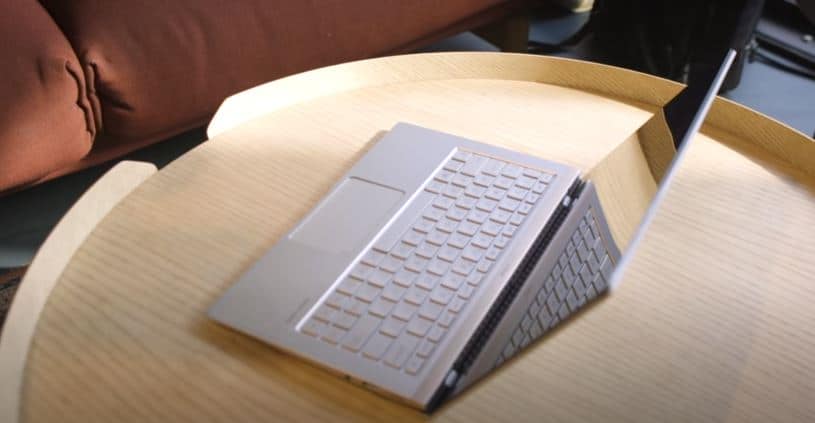 It’s a business laptop, and you, like those people, want quiet devices, and they even have like this Quiet Mode which makes it run essentially silent but throttles even harder. I wish there were a way to crank up the fans and avoid any thermal limitations, but there isn’t, and it also says something about the ErgoLift.

Not a massive battery, but we’re getting around six and a half, seven hours of battery life, which is pretty respectable. The Wi-Fi card is built onboard can’t remove. It is the same with the RAM; you can’t pull that; you have to configure it at purchase. The NVMe (SSD) is removable, and the one they’re using is fast. They’re the PM961 drives from Samsung. So the Zenbook S is a device in that premium, Ultrabook market.